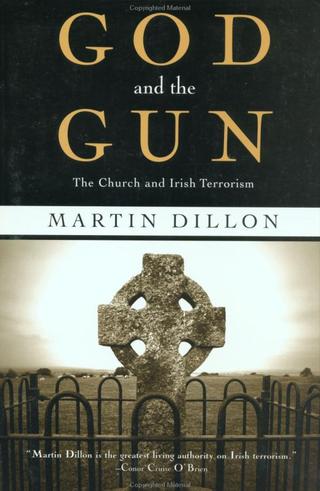 God and the Gun

Martin Dillon comments that while writing the book he found it easier to encourage terrorists to talk about religion and politics than the many priests and ministers of religion he tried to interview. He adds that Faith and Fatherland are indivisible ingredients of conflict and have historically generated the ingredients we associate with unholy wars.

The Bulletin of Atomic Scientists describes this book as an 'unflinching account' of the religious dimension to the Ireland conflict and USA Today says it is a 'superb examination of the links between terrorism and religion. For American Reporter, '' it is a frightening, chilling and achingly sad story about people living in a war zone and overall a marvellous book.' For the Washington Times, 'it is likely to become the reference work on the subject of religion and terrorism in that part of Europe'.