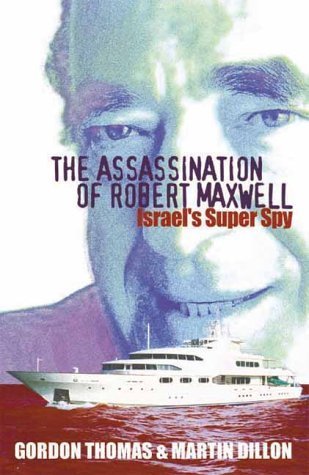 ‘In Washington DC, it was shortly after 7:30a.m. when a duty officer in the CIA’s Langley headquarters tore a message from a high-speed fax printer. He read and marked the facsimile, “Immediate, DCI”. He then rerouted it to the seventh-floor suite of the Director of Central Intelligence. In Moscow, where it was already into the afternoon, the KGB’s public affairs chief, General Alexander Karabaika, was in the Kremlin with President Mikhail Gorbachev, discussing how the spy agency might respond to perestroika with more openness. A call quickly ended their discussion and Karabaika hurried back to his headquarters in the Lubyanka to find out whether the KGB had any additional information on what he had just heard. Gorbachev began calling overseas in the first of a series of enquiries that would go long into the Russian night. It was still late morning in London and frantic dispatches over the wires interrupted scores of meetings in the City, the financial heart of the capital. But it was in the clubs of Pall Mall and the newspaper offices in Fleet Street where the news had the biggest impact. People were shocked speechless by what they learned. Across the globe, there was stunned disbelief, sometimes followed by a frisson of excitement mixed with dread. Meanwhile in Tel Aviv, Prime Minister Shamir, who had received no response to his questions - ‘When? Where is he?’ - punched a button on his telephone console. It triggered an identical light on the phone of Shabtai Shavit, Israel’s meheume, the country’s supreme head of intelligence and Director General of Mossad. The conversation recorded by both Prime Minister and Shabtai Shavit, is a model of brevity and understatement.

On that day, far out in the Atlantic, Robert Maxwell met a fate that had been decided in secret three months before.’

“Relentlessly and graphically seeks to expose the dead tycoon’s descent into the world of crime in Eastern Europe, his intimate dealings with the Israeli Secret Service, Mossad, and his provision of computer know-how to some very questionable organisations… the case for murder is comprehensively made and places Maxwell at the centre of a very dark and dangerous world. There is a crusading thread through the book to bring Maxwell to account and hold him responsible”.

“Astonishing new evidence about his involvement in global crime and espionage. Mafia deals in Bulgaria. The plot to oust Gorbachev. America’s web of espionage scandal. The true, astonishing extend of Robert Maxwell’s web of corruption”.
--The Daily Mail

“Robert Maxwell was a Mossad spy. He asked them for £400 million. They refused and feared he would expose them. So three assassins killed him with a nerve agent”.
--The Daily Mirror

“This fascinating book, which takes the reader deep into the intricate and dangerous world of international espionage”.
--Elaine Margolis, San Francisco Chronicle

“Explosive… fills in the gaps and provides the true explanation for his mysterious death”.
--Martin Shipton, Wales on Sunday

“A convincing case for the thoroughness and responsibility of the research. This is a big and ambitious book”.
--Michael Pakenham, Baltimore Sun

“This book has, to me, captured this image of one man’s belief that he could control everyone regardless of their position, allegiance or reputation. It contributes much to the Maxwell myth and offers an explanation of his death that will satisfy many of those who knew him.”
--John Pole, Ex-Detective Chief Supt Anti-Terrorist Branch, New Scotland Yard and Director of Security, Maxwell Communications Corporation

“Robert Maxwell deserves to be exposed - and this book does just that by the rigorous use of eye-witness testimony supported by solid substantial documentation. Greater praise I cannot offer. Here is greed and corruption on a truly mammoth scale exposed to produce a devastating indictment of a genuine monster. They have drawn upon exceptional inside knowledge which has been assembled through outstanding investigative journalism.”
--Ted L Gunderson, Senior Special Agent-In-Charge (Ret), Federal Bureau of Investigation. Consultant on international terrorism and security to the US Olympic Committee

“In exposing Maxwell’s deep ties to the Mossad, this book uncovers a link between Israeli intelligence and the US Justice Department. The book reports that Mossad sold over $500 million worth of intelligence-gathering software that the US Justice
Department stole from INSLAW, Inc. The Israeli official for whom Maxwell worked admits to the authors that the US Justice Department arranged for him to visit INSLAW under an assumed name right before stealing the software.”
--Bill Hamilton, President, INSLAW, Inc

“Driven by greed and his lust for power - and, as he became financially overstretched by the accelerating urgency of his need for funds - Maxwell allowed his arrogance to obliterate any residual sense of shame, and to provide him with a false assurance that he could rely upon the protection of certain ‘friends’. But their patience was eroded as his fraudulent behaviour, and the stench of corruption which surrounded him, became a liability - just as Maxwell’s de facto espionage activities jeopardized the security of many countries, including those to which he owed the closest allegiance.

Robert Maxwell literally pioneered today’s global criminalism epidemic, which has infected business and banking communities, and is undermining the residual integrity of governance. Two award-winning journalists have very successfully recreated Maxwell’s life, showing how he survived and prospered for years by thievery, asset-stripping, lies and scams - and by exploiting the sheer force and brutality of his obsessive personality.”
--Christopher Story, Editor and Publisher, International Currency Review,
Adviser to Former Prime Minister Margaret Thatcher