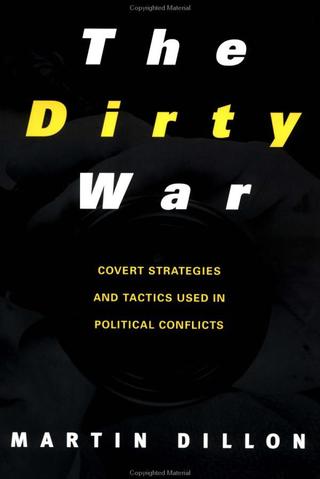 With all the intrigue of a good spy novel, The Dirty War uncovers a real-life underground world of double and triple agents - many of whom have shared their stories with the author. It exposes the covert strategies and tactics used in political conflicts, including the use of terrorist agents and the 'enforcers' used by terrorists to seek out collaborators in their ranks.

Financial Times, London: 'Dillon's exhaustive work, The Dirty War, covers the whole panoply of dirty tricks and conspiracies, black propaganda, disinformation, psychological warfare, conflicts between MI5 and MI6, double agents and sectarian murders. It is grippingly written with the pace of a thriller and the book scores highly because of Mr. Dillon's detachment'.